Context
Visual Communication Fundamentals Studio, Carnegie Mellon University, Fall 2019
The second part of a two-part project; the first was an interactive digital prototype.
CHallenge
Create an animated video in After Effects, to effectively explain an interaction design principle in three minutes or less.
Roles
Storyboarding, script writing, voiceover, asset design, motion design
Tools
Adobe Illustrator, Adobe After Effects, Adobe Audition
Approach
Developing the concept
Trustworthiness in interaction design interests me as a perception not only sustained through reliability and transparency, but also encouraged immediately through visual presentation. While I'd explored visual trustworthiness cues in part 1 of this project, I wanted to dig deeper into Nielsen Norman's Hierarchy of Trust for my After Effects video. This hierarchy suggests that levels of trust build upon one another over the duration of a user's relationship to a digital service.
I wanted to explore this interaction principle beyond digital interfaces, through in-person service interactions. I centered the storyline around visitors to two restaurants, showing how these establishments do (or do not) foster increasing layers of trust.

Solidifying storyline
I quickly realized my first script draft would be much longer to record than I anticipated. Critique feedback helped me pare down points where the visuals made additional voiceover redundant. Creating a storyboard also clarified which animations and transitions were necessary and which were superfluous "nice-to-haves". 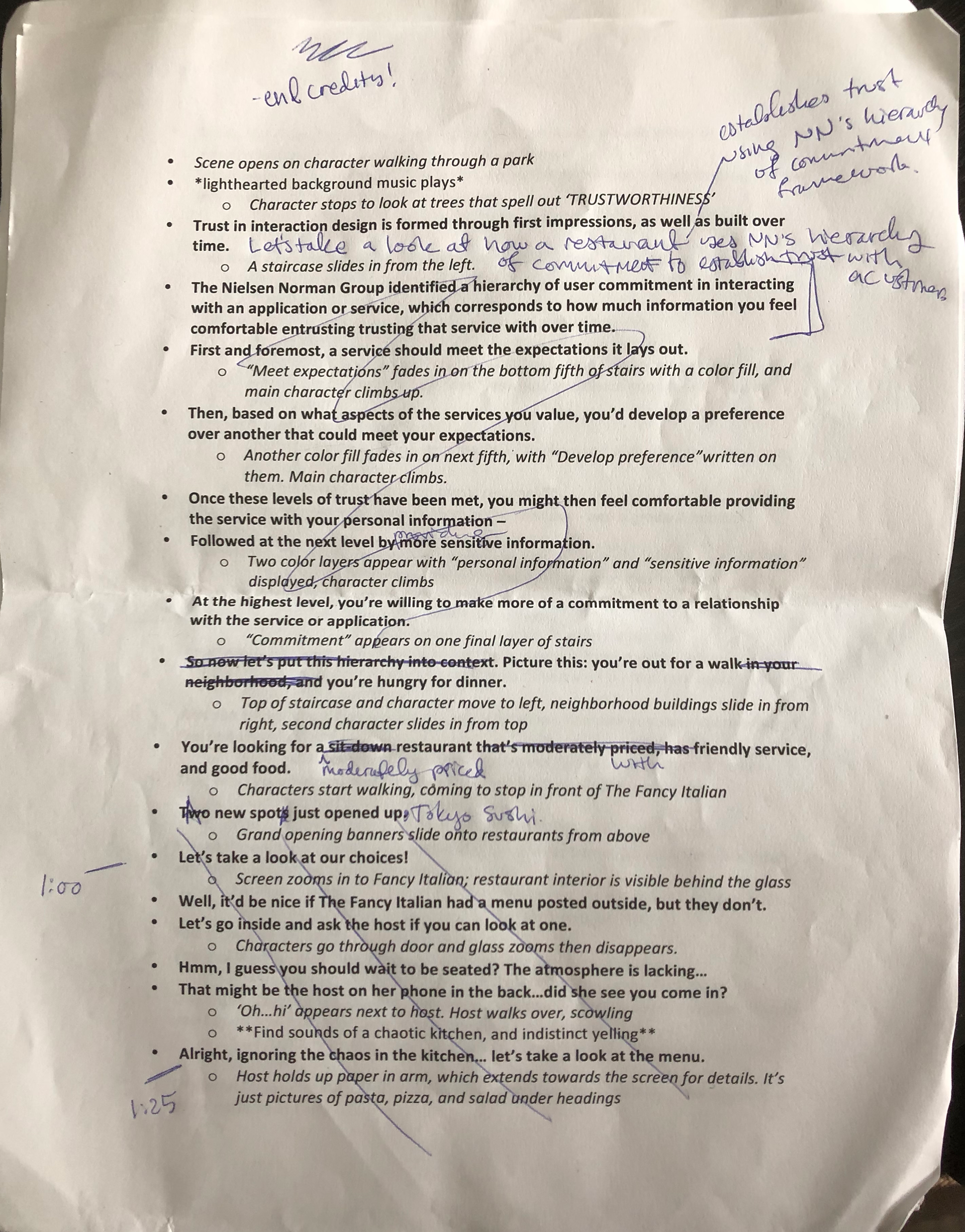 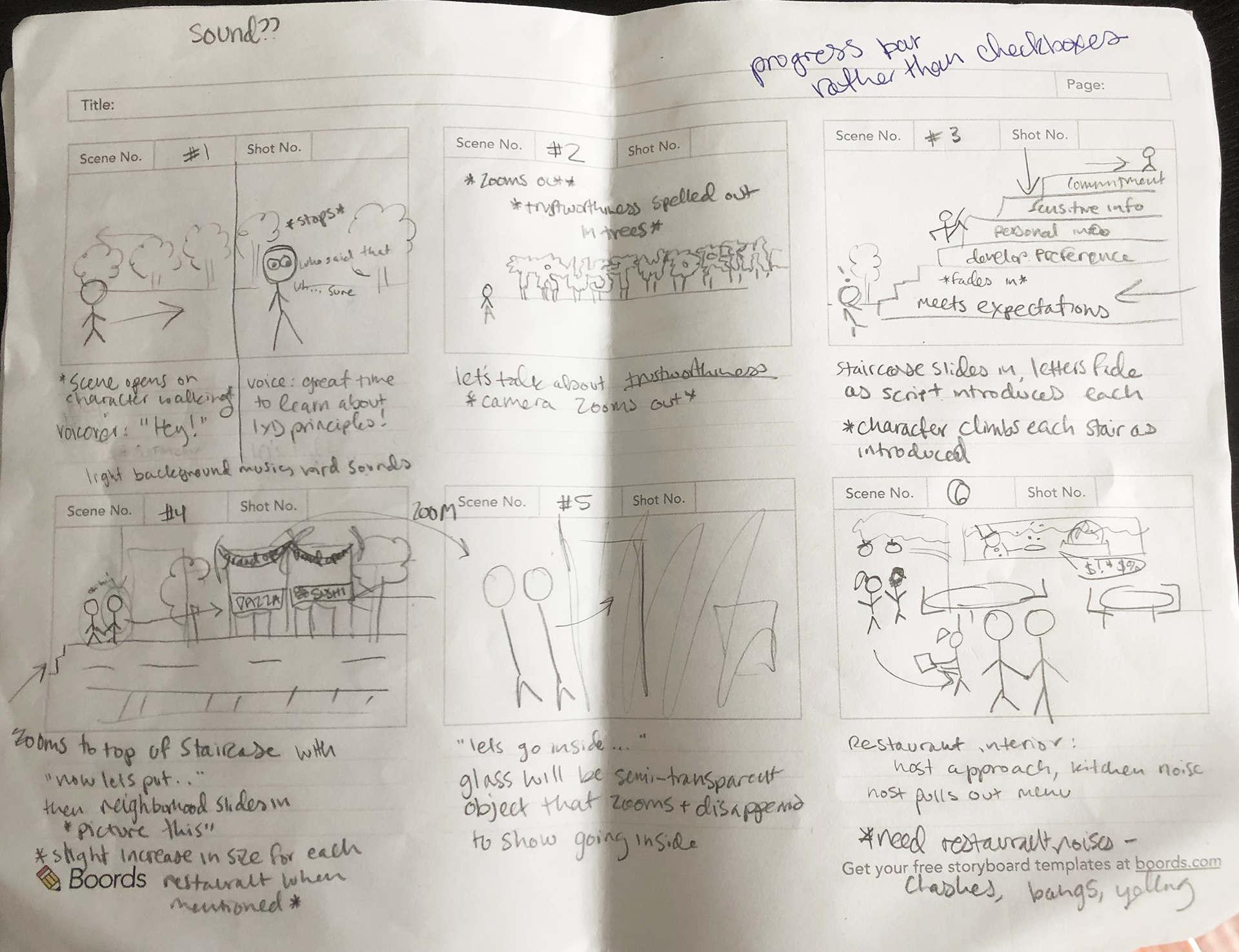 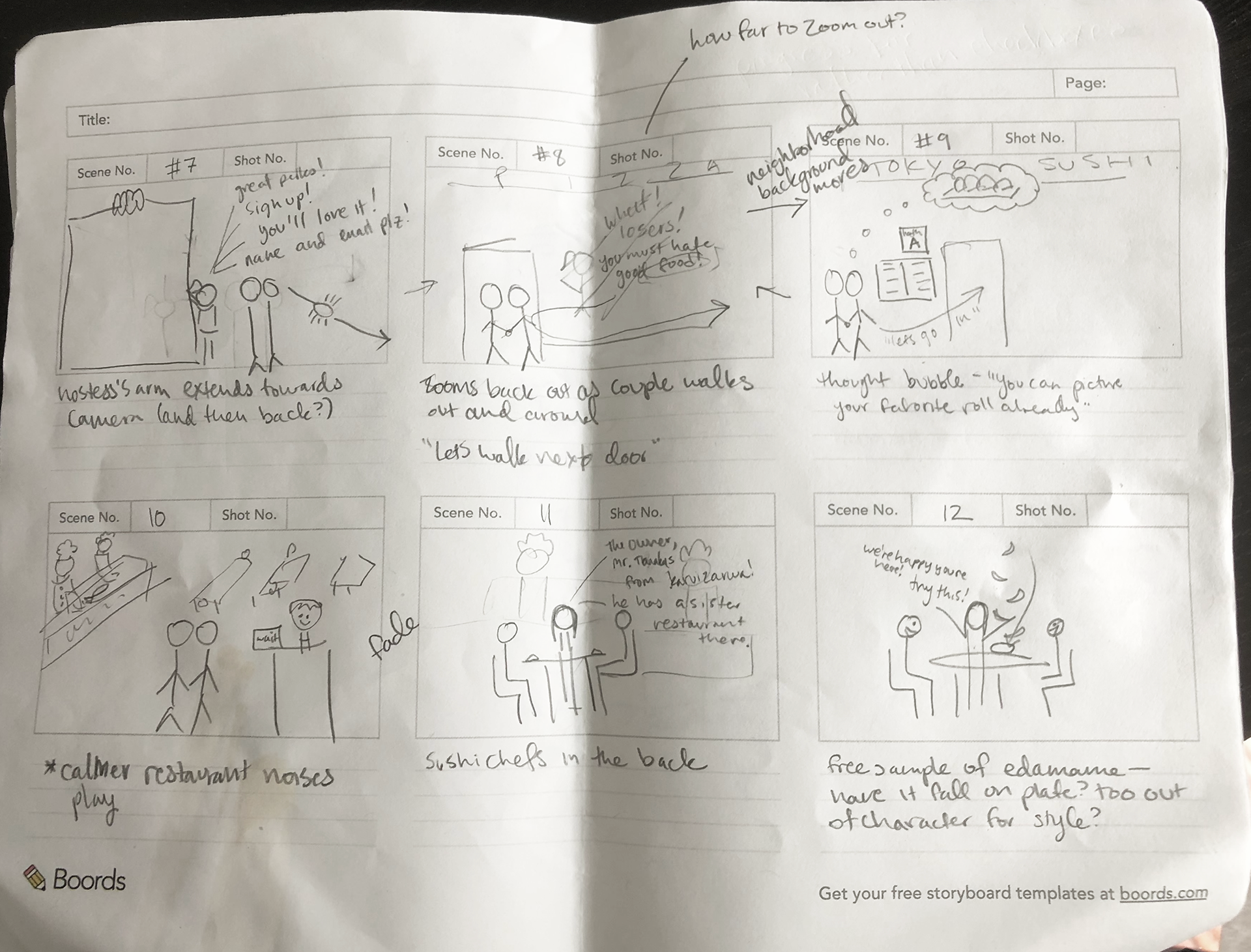 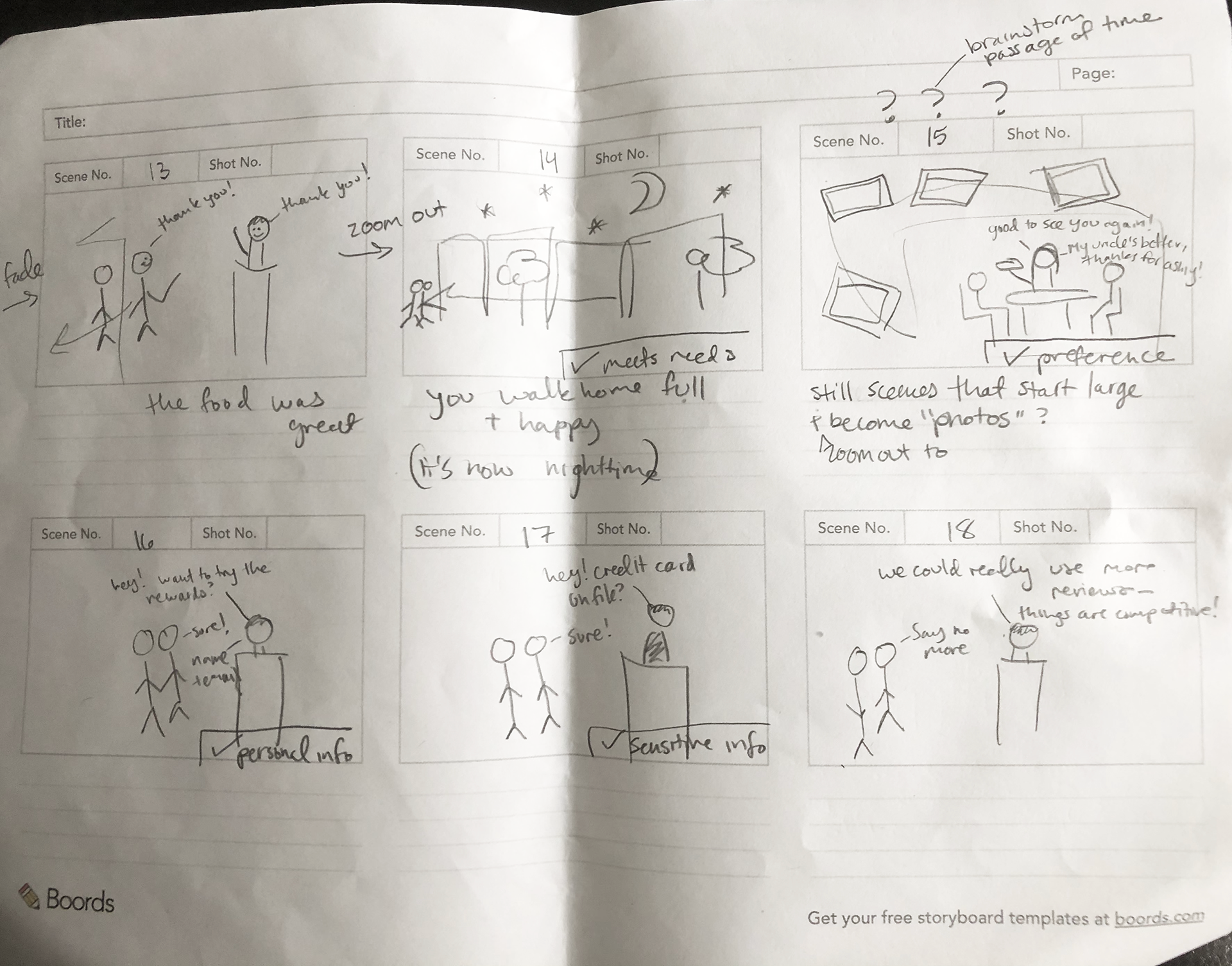 Creating assets
I gathered ideas on Pinterest, creating an inspiration board for the level of fidelity and visual style I wanted to use. From these sources, I sketched a character to recreate in Adobe Illustrator. I modified this initial asset to create walk cycles, vary facial expressions, develop other characters in a similar style, and more. I then built out the scene backdrops, relishing in details like storefront window flower beds.

Animation Challenges
I found myself struggling to display the passage of time. I considered several ideas, such as having "memories" of the characters in the restaurant appear like photographs or having the characters walk in and out of the restaurant several times while trees changed color outside, but none seemed effective enough to keep the progression simple and central to the scene and keep time with a short voiceover. I eventually decided to have the characters pop in and out of their seats in seasonal outfits. This section of the video was received particularly positively during our video screening in class.

The final video can be viewed below.